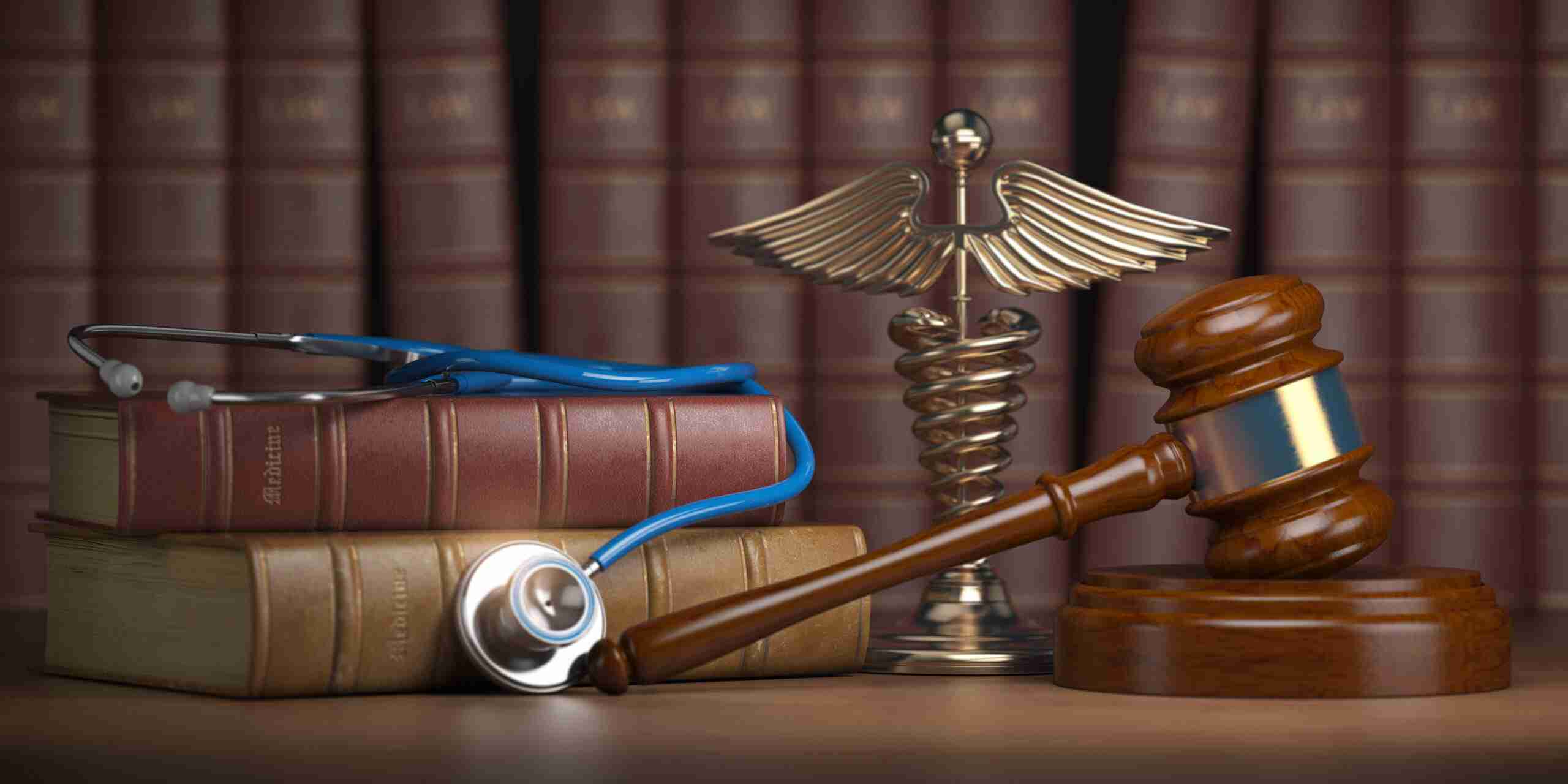 A patient approaching a doctor expects medical treatment with all the knowledge and skill that the doctor possesses to bring relief to his medical problem. The relationship takes the shape of a contract retaining the essential elements of tort. A doctor owes certain duties to his patient and a breach of any of these duties gives a cause of action for negligence against the doctor.

Medical law in Cyprus derives from the laws of England & Wales. Expectations of a patient are two-fold: doctors and hospitals are expected to provide medical treatment with all the knowledge and skill at their command and secondly, they will not do anything to harm the patient in any manner either because of their negligence, carelessness, or reckless attitude of their staff. The law governing medical negligence is Civil Law (Cap 148), Section 51. Though a doctor may not be in a position to save his patient’s life at all times, he is expected to use his special knowledge and skill in the most appropriate manner keeping in mind the interest of the patient who has entrusted his life to him. Therefore, it is expected that a doctor carries out necessary investigation or seeks a report from the patient. Furthermore, unless it is an emergency, he obtains informed consent of the patient before proceeding with any major treatment, surgical operation, or even invasive investigation.

Failure of a doctor and hospital to discharge this obligation is essentially a tortious liability. A tort is a civil wrong as against a contractual obligation – a breach that attracts judicial intervention by way of awarding damages. Thus, a patient’s right to receive medical attention from doctors and hospitals is essentially a civil right. In court, in order to prove medical negligence, the following elements must be satisfied: duty of care, breach of duty, cause of harm and damages. Claim for damages is based on the principle that if a person has committed civil wrong, he must pay compensation by way of damages to the person wronged. Medical negligence could also amount to a criminal offence such as manslaughter under section 203 of the Criminal Code, Cap. 154, but also under Sections 210 – causing death by want of precaution or by carelessness, 235 – failure to supply necessaries of life and 236 – reckless and negligent acts endangering human life, which provide that negligence through carelessness and recklessness could amount to a criminal offence.

Every doctor who enters into the medical profession has a duty to act with a reasonable degree of care and skill. This is what is known as ‘implied undertaking’ by a member of the medical profession that he would use a fair, reasonable and competent degree of skill. In the case of Bolam V. Friern Hospital Management Committee, (1957) Justice McNair summed up the law as the following: «The test is the standard of the ordinary skilled man exercising and professing to have that special skill. A man need not possess the highest expert skill; it is well-established law that it is sufficient if he exercises the ordinary skill of an ordinary competent man exercising that particular art».

A person who does not have knowledge of a particular system of medicine but practices in that system is a quack. Where a person is guilty of negligence per se, no further proof is needed. The virtual immunity offered to doctors for errors of clinical judgment was firmly condemned by the House of Lords in Whitehouse v. Jordan: «Errors of judgment are often the essence of professional negligence. An error of itself is not negligence. The issue in all cases is whether the error in question evidenced a failure of professional competence.»

The Bolitho Test, which resulted from the 1996 court case of Bolitho v City and Hackney HA, is an amendment to the Bolam Test mentioned above. In Bolitho, lord Browne-Wilkinson stated:

«… The court has to be satisfied, that the exponents of the body of opinion relied on, can demonstrate that such opinion has a logical basis”. Combined together, the Bolam Test and the Bolitho Test make up the twin pillars of all assessments of medical negligence. They state that a doctor is not negligent if he or she acts in accordance with a responsible body of medical opinion, provided that the Court finds such an opinion to be logical. While it may be possible to find a number of medical professionals who argue that they would have acted in a particular way, it is the responsibility of the Court to determine whether or not that particular course of action would have been logical. This condition is now a key part of any Court’s decision in cases of medical negligence.

So, medical negligence occurs when a doctor, dentist, nurse, surgeon or any other medical professional performs their job in a way that deviates from this accepted medical standard of care. If a doctor provides treatment that is sub-standard in terms of accepted medical norms under the circumstances, then that doctor has failed to perform his or her duty and is said to be negligent. The English Court of Appeal in the case Caparo Industries Plc V Dickman laid out all the principles for the foundation of the duty of care. These are a) the existence of the possibility of reasonable foreseeability that damage will be caused, b) the proximity of the relationship of the parties and c) the satisfaction of the Court that it is just and reasonable for liability to be imposed.

The principle of tort law res ipsa loquitur – “the thing speaks for itself” – allows the claimant to prove that the harm would not ordinarily have occurred without negligence, that the object that caused the harm was under the defendant’s control, and that there are no other plausible explanations. In Cypriot law, According to Article 55 of Cap. 148, the burden of proof is transferred from a claimant to a defendant, when a legal action is brought concerning damage, in which it is proven that the claimant lacks the knowledge or general knowledge of the true facts, which caused the situation leading to the damage, and the damage has been caused by property, of which the defendant has full control, and it is judged by the Court that the occurrence of the situation which caused the damage is more connected to the fact that the defendant failed to show reasonable care despite showing some care, the defendant has the burden of proving that there was no negligence for which he is liable in relation to the occurrence which led to the damage.

As part of good practice, a doctor also has a duty to obtain prior informed consent from the patient before carrying out diagnostic tests and therapeutic management. In a case Pearce v. United Bristol Healthcare NHS  Trust where it is being alleged that “a plaintiff has been deprived of the opportunity to make a proper decision as to what course he or she should take in relation to treatment, it seems to me to be the law, as indicated in the cases to which I have just referred, that if there is a significant risk which would affect the judgment of a reasonable patient, then in the normal course it is the responsibility of a doctor to inform the patient of that significant risk, if the information is needed so that the patient can determine for him or herself as to what course he or she should adopt.” So, there exists a duty to obtain prior consent with respect to living patients for the purpose of diagnosis, treatment, organ transplant, research purposes, disclosure of medical records, and teaching and medico-legal purposes. With respect to the dead in regard to pathological post mortem, medico-legal post mortem, organ transplant for legal heirs, and for disclosure of medical record, it is important that informed consent of the patient is obtained after explaining all possible risks and side effects.

Our law firm Y. Georgiades & Associates LLC has been successfully protecting patient rights in legal actions for medical malpractice for many years. A prominent case of Georgia Michael won by our firm concerned a lady who was mishandled during an endoscopic discectomy, a spinal surgical procedure used to remove herniated disc material. She had been injected a contrast agent iohexol used for X-ray imaging which caused a permanent brain damage. As a result, she became handicapped and sought judicial relief for medical negligence. The Supreme Court of Cyprus awarded her €200.000 in general damages, €100.000 in special damages and €150.000 in future losses. Further, the Court awarded interest on the total of €450.000.

It is worth noting that in cases of medical malpractice clinics and doctors are vicariously liable for the negligence of their employees, doctors etc, and where they have a duty of care towards the patient, they cannot rid themselves of that duty by transferring the duty to third parties.

Patient safety is fundamental to delivering quality essential health services. Indeed, there is a clear consensus that quality health services across the country should be effective, safe and people-centred. In addition, to realize the benefits of quality health care, health services must be timely, equitable, integrated, and efficient. In Cyprus, the law governing patient safety and the protection of patient rights is Law N.1(I)/2005 On the Protection of Patients’ Rights. The Law secures the autonomous rights of patients, who must be respected by health service providers, as well as recommends effective mechanisms for the monitoring patient rights while does not cover issues which require additional regulation, such as mental illnesses, rehabilitation etc.

Even though Cyprus seemed to be behind with regard to medical law and medical malpractice cases, in the last decade there seems to be an increase in the number of legal actions being brought before the court by patients claiming their rights, and as a result, patients are building more trust in the judicial system to award justice in medical negligence cases. Increasing the public’s awareness about their patient rights and ways they may be protected helps to develop well-established case law and therefore enhance the protection of patient rights.

PrevPreviousEuropean Court Of Human Rights: How Does It Work?
NextRecognition & Enforcement Of UK Court Judgments In Cyprus Post BrexitNext